As the year end festive season approaches, gold demand from China and India consumers pick up as expected. This is because the Chinese and Indian consumers are traditionally known to buying gold jewelleries and bullion during festive seasons. In the latest report from World Gold  Council, the Indian demand was up by 15% to 211 tonnes, while China’s demand increased by 4% to 188 tonnes in Q3 2015. The bullish outlook for gold underlies the strength of the demand of gold bars and coins.

To be a successful wealth builder, one must always adopt a contrarian approach and buy on price dips. This is applicable regardless of any form of financial instruments. For gold and silver bullion, this is no different. In Q3 2015, the outflow of ETF led to a price dip for gold, thus resulting in increased consumer demand. This is because global investors saw the gap and capitalized on buying opportunity. The investment demand saw a spike in this quarter, up 27% to 230 tonnes. In particular, the Western market saw a surge of estimated 33%. The increased in demand was probably triggered by the Greek debt crisis and uncertainties in Europe arising from the standoff between Ukraine and Russia.

Another interesting trend of bullion is that central banks are a major source of demand. They were net buyers for 19th consecutive quarter and institutional buying reached record levels in Q3 2015. This is because the world has recognized the need to diversify national reserves and gold is always seen as the best asset to hold. According to data from World Gold Council, demand from central banks surged from 79 tonnes in 2010 to 590 tonnes in 2015, underpinning the huge demand support for gold.

For the man in the street, it is better to buy physical precious metals because gold is money and there is no counter-part risk. And it is important to buy gold and silver bullion from respectable dealers in Singapore, such as BullionStar, which don’t engage, trade or speculate on any paper markets, financial markets, commodity exchanges, commodity platforms or anything similar. BullionStar don’t engage in forwards, futures, spot commodity trading or anything of the kind.

BullionStar merely purchases fabricated precious metals items, and to a smaller extent numismatics and jewellery, from wholesalers, mints and refineries and retails these items.

Bullionstar just launched several new bullion products. Be one of the first to get your hands on the new Australian Lunar Series 2016 – Year of the Monkey Gold and Silver Coins! These coins are perfect for investment, as a gift or as a beautiful addition to your collection! 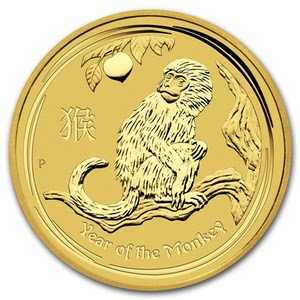